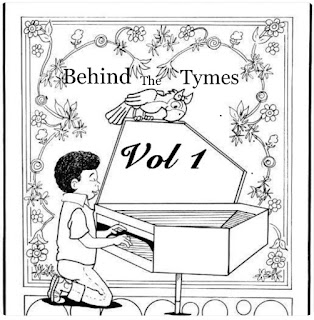 About 10 years ago we made a series of themed mixes for blogs & forums. We called those compilations “Behind the Tymes”. It was a mix of psychedelic tunes that sounded slightly behind the times between 1969 to mid 70’s. Basically artists making psychedelic music in the post-psych period which, ideally would not have been compiled anywhere else previously  (a couple have since appeared on compilations.)
We were initially inspired to make these compilations after hearing Jörgen Johansson’s Fading Yellow Volume 5, a flawless compilation of 1970’s soft psychedelic album tracks. So if you love that volume you should understand & hopefully dig Behind The Tymes. We started with UK only artists on volume 1 & eventually made a US based mix with volume 2 & then a worldwide mix with volume 3. We really dug deep to find the tunes but think it was worth the hours spent when we listened back.


Unfortunately a few of the tunes we originally mined are not currently available on Apple Music or Spotify, but we have re-compiled volume 1 with a few extras to make up for whatever is missing from apple music or Spotify’s current library. We will add those missing tracks at a later date.. if they ever appear on either of those hosts.

Apple Music
Listen to Behind The Tymes Volume One on iTunes Here!!