A post we did for our mate Pete at the “Bite it Deep” blog a few years back. Now revised & remixed 2018:

June 1966 & Manfred Mann drummer, Mike Hugg turns up for work at I.B.S studios during sessions for the bands next long player, “As Is“. This forthcoming release, like their previous albums before it, was destined to be another collection of singles, b-sides & fillers. It would also include songs provided for them from outside sources, a reoccurring approach to recording & an approach that Mike Hugg was outgrowing creatively.
Fast becoming the bands chief songwriter, Hugg was feeling inspired & was in no mood to record just another LP.
Under his arm at this session was the latest Beach Boys record Pet Sounds. A record like no other, a conceptual piece of musical art. To Mike Hugg this record was something else & the kind of record that he intended to channel now with Manfred Mann.
The band bought into his vision, but being so deep into sessions for “As Is” they collectively had to concede that at this time they had probably missed the boat.
The band wrapped up recording “As is” around August 1966 & left with a plan. They would all go away, absorb Pet Sounds & write their very best songs for the next Mann album. 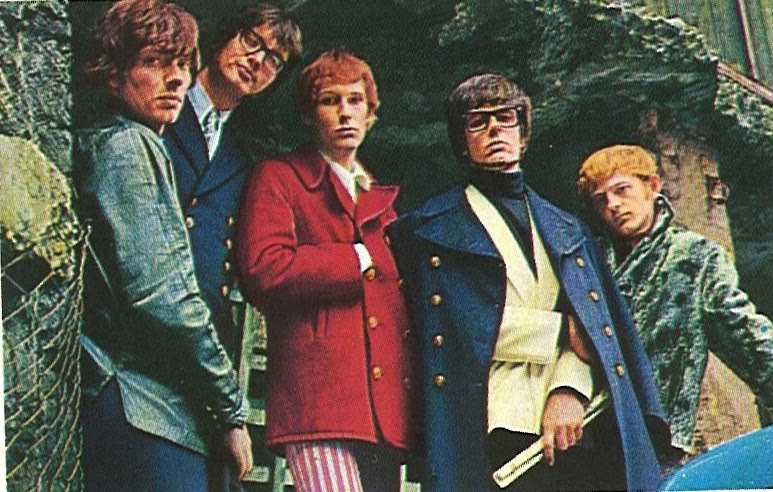 At a band meeting in October that same year, each member excitedly sat round & showcased their new songs for potential submission. Lead vocalist Mike D’Abo came back with “No better, No Worse”, while Hugg, feeling particularly creative, penned the bulk of the stronger compositions. Among them, “Harry the One Man Band”,”It’s So Easy Falling” & “Too Many People”. Lead guitarist Tom McGuinness returned with the psychedelic oddity “There is a Man”, & “Cubist Town”. Hugg felt that Mcguinness’ Cubist Town evoked the mood of the project so well, he suggested it as the title track to the new album & that they should all work now with that title in mind.
The band were by now eager to start laying down tracks & the sessions began early 67 at I.B.S studios. During its early stages, the demos for Cubist Town were arranged in track order & recorded with the eventual idea to include some gapless, song to song merges. Much like The Beatles would do on their soon to be released masterpiece, Sgt Peppers Lonely Hearts Club Band. Manfred Mann himself had been lucky enough to hear an unmastered acetate of Pepper prior to its release & took the influence that had had on him to the Cubist sessions.
The album was shaping up nicely & was not too far from completion, when the bands manager, Gerry Bron received a call from budding film director Peter Collinson. Collinson wanted to meet the band to discuss the possibility of writing material for the soundtrack to a new film he was directing entitled “Up the Junction“. Mann & Mike Hugg met with the director, & although tempted, & flattered by the proposition, they just couldn’t tear themselves away from their latest project. Gerry Bron, with his managerial hat on, saw that they were missing out on the opportunity to make some good money, not to mention prime exposure in the build up to releasing the masterpiece that the band had kept promising him. Bron succeeded in talking them round & convinced 2 members of the band, Hugg & Mann, to take up the offer. New songs were needed, which on the whole, would just need to be instrumental songs & incidental background music. But Bron also managed to convince the band to submit some of the new songs intended for Cubist Town, arguing that doing so would promote the new album & work as a good taster of what was to come.
So reluctantly “Sing Songs of Love”, “Just for Me” & “Floating in a Dream” (soon to be renamed “Up the Junction”) were all put forward for Collinson’s film soundtrack. 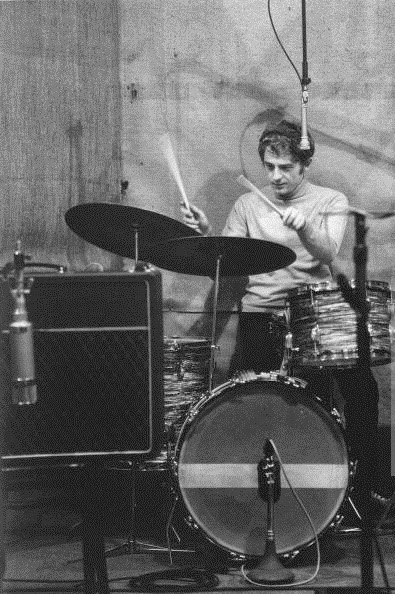 Mike Hugg during the 1967 sessions

With time begrudgingly being spent on writing & recording material for the film, momentum was being lost on the album the band were so desperate to make.
Mike Hugg then heard that The Zombies were working on their new album Odessey & Oracle. From what he could make out, it was sounding very much like they too had been heavily inspired by Pet Sounds, & were attempting to make their very own masterpiece.
Dejected by this, but further inspired & determined to complete the album, it was down to him to lift the spirits of his band mates, & revive the creative energy which had been flowing from them so freely before the sessions were interrupted with their other commitments.
Like so many great, lost albums, Cubist Town just wasn’t to be. With pressure from their label & manager to release something new, the final results were never going to be as intended. The band eventually ended up releasing the LP entitled “Mighty Garvey”. This release included some of the new songs planned for Cubist, but also, again, included the usual novelty songs & fillers in “Big Betty”, “Ha! Ha! Said the Clown”, (a cut written by Tony Hazzard & released as a single the previous year) and D’Abo’s “Happy Families”.
So “Cubist Town” was never released and instead the band were left with a back catalogue of semi-strong, patchy long players.
Now though, the original “Cubist Town” has been realised & put together with the early mixes, in it’s  intended order. Although the finished album is no Pet Sounds, (what is?) it’s influence is certainly palpable throughout, Cubist Town is, or should have been one of the classic British pop psych albums of the 60’s. Complete with all the required elements. Psychedelic effects, such as backward tapes, tape echo, otherworldly lyrics, harpsichords etc and it’s all drenched in mkII mellotron.
You can now hear what the band wanted you to hear in 1968. 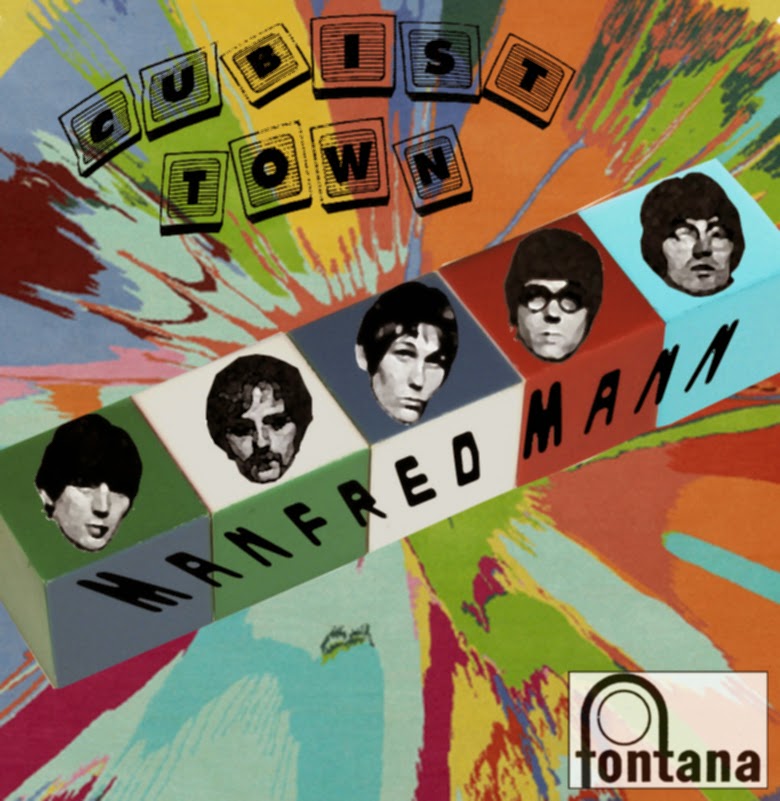 Another story of a lost album that ‘would’ fascinate me, if only it were true! A bit of a sad hobby of mine. Making albums that ‘could’ have been. Photoshop-ing new cover art for me iTunes & coming up with a short make believe back story, just to make the lads laugh. When I told Pete at Bite it Deep blog that I’d made Manfred Mann’s very own, lost Oddesey & Oracle, he asked if I’d include the album & a back story for his blog. When selecting the tracks I tried to steer away from the obvious favourites & main singles because it wouldn’t be as interesting to make or listen to. That’s a separate job for a “Best Of”. This makes a great little album though, & even if you know some tracks well, do listen through as the album contains my mixes unique to Cubist Town.

You never know, the story may not be too far from what actually happened. Either way, it’s nice to imagine it did while listening to “Cubist Town”